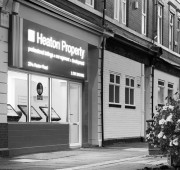 As the Grenfell Tower inquiry is in progress the block management sector awaits a raft of much needed improvements to building regulations concerning the safety of high rise blocks. Successive Governments have ignored the advice of fire safety professionals and if any positive outcome can be drawn from the tragic fire it will be that at last, Government will act to protect people.

Some Governments have already acted. In January 2016 the Welsh Government enacted legislation requiring all new domestic premises to have a fire suppression system installed. Since 2005 Scotland has required sprinklers in all residential buildings and high rises above 18m tall. Yet despite this legislation, in July 2017 the BBC identified 300 Scottish tower blocks with no sprinklers.

Like many other block management specialists, we commissioned a safety review immediately following the Grenfell Tower fire in order to be able to assure worried tenants that their apartments were as safe as we could make them.

Some of the advice did not go down well with tenants. In older blocks where fire retardant compartments are secured the advice is still, stay in your apartment until the fire brigade extinguish the fire. Not easy to do in the panic following a fire but still the best advice from professionals. An open door creates a flue through which fire and worse, toxic fumes can spread.

All our older blocks have had upgraded fire doors both in public spaces and on individual apartments for some years. All have smoke detection systems and all undertake regular fire safety inspections. In short, we have done all in our power to keep our tenants safe.

But there is one factor over which we have little control. The behavior of the very tenants we are trying to protect. I have seen far too many fire safety reports where the behavior of a small minority of tenants endangers themselves and their neighbours.

If we are able to track down the people concerned the response is equally alarming. “There was nowhere else to park”. Or rather, nowhere within 20 paces of the front door. “The open door gives a nice breeze in summer”. That nice breeze could be fire and toxic fumes at 3.30am. “The toaster keeps setting off the smoke alarm”. Er, try adjusting your toaster.

I must stress, it is a small proportion of tenants involved in this kind of behavior, but it only takes one to create a disaster for all. I have no doubt that we will soon hear of big improvements to block management safety and these will be welcomed by industry professionals. Let us put the safety of people first and dicker about the money later.

But until we address the behavior of people and demonstrate that the best structural systems can be undone by a thoughtless act, all the legislation in the world cannot protect us fully. To quote ex Deputy US Secretary of Defense, Paul Nitze, “One of the most dangerous forms of human error is forgetting what one is trying to achieve”.