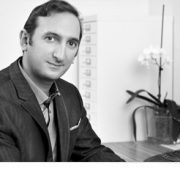 I recently returned from a holiday at my parents’ home village, Arpino in the Lazio region of Italy. We were there to celebrate the baptism of my nephew. My sister raised a few eyebrows in the family by appointing me Padrino to the boy. I am not sure what delighted me more, being entrusted with the spiritual welfare of the latest addition to the Rea clan or the knowledge that I join Al Pacino and Marlon Brando in being addressed as ‘Godfather’.

Sitting around the dinner table with my extended family conversation often turns to work. My Italian family are amused and baffled by English leasehold law. How can you lose a property you have owned for decades? How can your ground rent double every 10 or 25 years? In Italy laws have been reformed over decades to ensure a balance between the rights of tenant and landlord. To an Italian the idea you can lose your property for failing to pay £350 in ground rent could be a scheme dreamed up by Don Vito Corleone himself.

Home builder Taylor Wimpey hit the headlines back in 2017 when residents living in a development in Preston discovered their annual ground rent doubled every ten years. What began as a reasonable £250 per annum ended up after forty years costing them £4,000 per year. Try selling your property with an annual charge like that? Following an outcry in the press the firm agreed to set aside £130m to convert the controversial leases. An expensive exercise all round.
The problem with leasehold law is it is arcane and incredibly complex. Just one of the processes by which a home owner can buy their freehold is the statutory Enfranchisement process. The process has been formed over 50 Acts of Parliament covering some 450 pages so the only people who understand it are very expensive lawyers.

Government has not been blind to the issue. In addition to their previous commitment to banning leasehold houses and trying to ensure all leases are for a ‘peppercorn’ rent rather than for profit, it has released what they call ‘radical new proposals’. These are aimed at making it easier for home owners to buy the freehold of their property. It is to be hoped that legislators apply the Occams Razor principal, known to those of us who are not philosophers as “Keep it simple, stupid”. If a law is fair to both home owner and freeholder, do not change it. If it is not, change it.

Those of us in the property sector will watch developments with interest and through our professional associations, hope to have some influence. For me, a particularly interesting time will be when legislation passes through the House of Lords. A large number of ermine clad members and their chums do very nicely out of leasehold revenue.

Government has an opportunity to right an age old wrong as it reviews freehold law. Hopefully they will replace 50 Acts of Parliament and 450 pages of law with sensible directions delivered in plain English. In the unlikely event they ask the advice of Arpino’s newest Godfather, I would turn to fellow Italian Leonardo Da Vinci who said ““La semplicità è l’ultima sofisticazione” which translates as “Simplicity is the ultimate sophistication”.

The Ghost of Medieval Law