The Ghost of Medieval Law 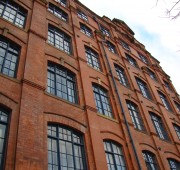 The Middle Ages was a quiet time for my Italian ancestors, aside from famine, pestilence and war. The Roman Empire was a distant memory and it would be ages before Hollywood offered us parts as Mafia gangsters. So, Italians turned to creating great art. Here in England our ancestors turned to creating strange laws.

Some of these laws made sense. Requiring all men to practice with a longbow meant England had a standing army equipped with state-of-the-art weaponry. Some laws were rather more left-field. One still on the statutes requires any whale or sturgeon caught to be delivered to the monarch. Personally, I would have gone for chickens but I am sure they had good reason to choose inedible sea monsters.

While most of the sillier medieval laws have been repealed, the effect of some may be felt down the ages. No more so than in the property sector. An example could be the collection of rents on holy days such as Michaelmas and Christmas day. The idea originated because medieval landlords knew their serfs would be off work on holy days so were able to pop by with their bag of groats to pay the rent.

The practice of ‘Quarter Day’ rents is alive and well today. Not because it is a sensible way to conduct business. Simply because it has always been done that way. And there is danger in blindly following practices because our ancestors thought they were a good idea.

And so, we come to the recent announcement that Government finally intends to end the leasehold scandal. Changes to the law create the right to extend a lease to 990 years, saving tens of thousands of pounds in unfair fees. Many in the industry have waited decades for this welcome news. Now we wait to see how it will pan out in practice.

The Leasehold Reform Act of 2002 introduced Commonhold, a system where the freehold is divided equally between the owners in a block of flats. Eleven years later in 2013, I approached our solicitor to setup a commonhold arrangement for a small block of flats we’d developed. I was told virtually no mortgage provider would agree to lend to a flat that was Commonhold.

Informal research on my part indicated the mortgage providers had not addressed the commonhold issue because they had no precedent and were reluctant to be first to establish one. “Freehold is what we have always done so we shall stick to that”. Ever the optimist I look forward to helping leaseholders escape the invidious freehold trap. But I will be keeping an eye on “It’s the way we have always done it” brigade.

I leave the last word to the formidable Grace Hopper, Rear Admiral in the US navy who said “The most dangerous phrase in the English language is ‘We’ve always done it this way’”.