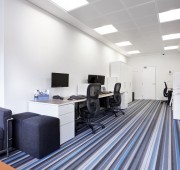 The Chinese sage Sun Tzu said “If you wait by the river long enough, the bodies of your enemies will float by.” As a business plan I feel it leaves something to be desired but who am I to disagree with one of the greatest military strategists of all time?

Homeowners fighting for the abolition of ground rent may not wish to see floating bodies, instead they can see light at the end of a dark tunnel as the Competition Watchdog moves to end ‘the leasehold scandal’.

Tens of thousands of home owners bought their property assuming they owned it outright, only to find they owned a right to use the property and not the land it stands on. This is leasehold. Typically, the ground rent would start at £250 per annum but with an increase of double every ten years. So, after ten years the charge is £500 per annum. By forty years the charge would be £4,000 and climbing.

This odious fee made properties almost impossible to sell or remortgage. Worse, the volume builders would bundle up these freeholds and sell them to institutional investors. You want to build an extension? Pay the new Freeholder £1,000 for permission to extend your home on their land.

Of course, a volume builder reading this would fasten upon the line “assuming they owned it outright”. It was American film director Jerry Belson who coined the phrase “Never assume, because you make an ass of U and ME”. Clever, and a decent watchword for most circumstances.

This is the argument put forward by volume builders. The Ground Rent particulars were clearly laid out in the contract the home owner signed. Yes, they were. Buried in the middle of page 25 in eight-point type. A canny solicitor might have said “Do you fully understand what you are signing here?” Then gone on to explain the potential liabilities and pitfalls; this is precisely what happens when the homeowner tries to sell.

But the majority of home buyers did not employ a canny solicitor. They used the solicitor recommended by, and employed by the home builder. I am sure you do not need me to point out the conflict of interest? Not illegal, but a practice I feel falls somewhere between shoddy and sharp.

Many buyers, excited by their first-time home and trusting in the oversight of that nice solicitor simply signed on the dotted line. Many only came to understand their mistake when they tried to sell or build an extension. Caveat Emptor? Well, to a degree. But we live in a world where we simply click ‘Agree’ as we download the latest app or programme.

It has taken eighteen years but it seems justice is finally at hand for home owners suffering under the ground rent yoke. During that time most Governments vowed to end the scandal. Things progressed apace until the bill reached the seat of some of Britain’s biggest land owners, the House of Lords where it always seemed to get stuck. Can’t imagine why, but the reform appears to finally have been dragged kicking and screaming into the light of day.