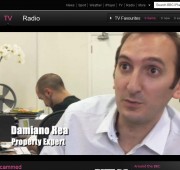 Heaton Property was approached to appear on a TV show presented by Matt Allwright. The show was called ‘You’ve been Scammed’ and each week they would focus on a scam and interview experts to comment on the scam and give advice on how to avoid becoming a victim.

The focus was on a company called Property Portfolio Ltd who sold around 4,000 residential properties in the north of England to over 1,750 investors, taking in funds of around £80 million. A film crew spent a day talking to Damiano and looking at how PPP operated their (Ponzi) scheme up to the time that it collapsed resulting in the investigation which culminated in five people being charged in 2007. All were given prison sentences.

We were delighted to have been involved with Matt and the team to help prevent future scams by  companies like PPP.