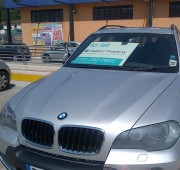 Newcastle City Council is currently applying to the Secretary of State for Communities and Local Government Erik Pickles for a blanket ban on the display of lettings boards in Gosforth, Jesmond, Heaton, Spital Tongues, Shieldfield and Sandyford. While the resident in me wishes to see our streets cleaned up of multiple boards, the professional lettings agent feels it is another example of our Council using a hammer to crack a walnut by introducing ill thought out legislation.

Glad I got that off my chest! So let us look at the current situation and suggest a couple of workable alternatives to yet more bureaucracy. The ban will not have an impact upon the rest of Newcastle so we will have confusion as to precisely where it is permissible to erect our boards. Worse, the law is already being broken by some agencies erecting two or three different boards on a property. There has been a lack of enforcement of this existing law from the Council and very little publicity of a voluntary ‘board code’ that was introduced.

Are we expected to believe they will suddenly wake up and vigorously enforce the new ban? And how much will that cost the Council tax payer?

An unseen result of this legislation will be the suppression of new, entrepreneurial firms starting up in the lettings sector bringing new ideas and innovation. Heaton Property will continue to grow despite the boards ban since our business comes from referrals, advertising and internet portals. But when I started out in 2005 I could not afford thousands of pounds a month on marketing activities so a £5 lettings board was my route to market.

Several lettings agencies have anticipated the legislation and introduced window stickers which are not included in the ban. These stickers remain in place throughout the year and are in effect, a permanent advertising billboard. Furthermore, ‘For Sale’ boards are not covered by the ban. It will be interesting to see the Council reaction to a board that says ‘For sale or to let’ as many currently do.

Since the Council are not minded to enforce existing legislation there are workable alternatives they could consider. Leeds and Nottingham have a ‘fallow period’ where boards must be removed between December and February when most student lets are occupied. My personal solution would solve the problem of year-round lettings boards while providing a revenue stream for our cash strapped Council. Charge a fee of say, £15 for a twenty eight day period. This would ensure agencies removed their boards as soon as the property was let.

It will be interesting to see the decision of Erik Pickles in the coming weeks as Councillors and various residents associations put pen to paper and keystroke to email in a concerted lobbying campaign. Other English Councils are watching with interest since this is the first ban of its size to be ruled upon by the Secretary of State.

For Heaton Property it will be business as usual since we do not rely upon lettings boards to attract students and young professionals. But we will have a lot of boards left on our hands if the ban comes into force. I discovered one of our boards in the boot of my car on a recent trip to Italy and further discovered they make an excellent sun shield for a parked car. If Erik Pickles sees things the Councils way, lettings boards will be available from our office for use as sun shields in return for a modest contribution to our favourite local charity, I Can Feed. This is recycling at its best since we can reduce our carbon footprint, help feed the hungry and save the people of Newcastle a burned bottom as the current heat wave turns leather seats into instruments of torture.