An End to Freeholder Tyranny? 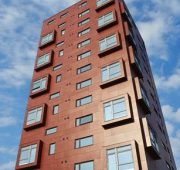 I am sure it is one of life’s nightmares to be told the tower block you live in has had cladding installed which is deemed unsafe by fire inspectors. Then presenting leaseholders with a bill of £2 million to solve the problem appears to add insult to injury, yet this is precisely what has happened in a number of tower blocks across the UK.

The law is far from clear where responsibility lies for the installation of unsafe cladding as freeholders, developers, insurers and managing agents argue over who is responsible for the cladding being installed on blocks and who is therefore liable to pay the cost of its removal.

The National House Building Council has received a liability claim from a property management company on the basis that they signed off a building with unsafe cladding. Meanwhile the Ministry of Housing, Communities and Local Government (DCLG) is resisting cross party pressure to accept responsibility by claiming to have the matter ‘under review’. That must be an enormous comfort to leaseholders as they tuck their kids up for the night.

The situation is not helped because in many cases, the freeholder is a pension fund, hedge fund or worse, a shadowy offshore entity based in a tax haven. A DCLG spokesperson says “We are clear we want to see private sector landlords follow the lead of the social sector and not pass on the costs of essential cladding replacement to leaseholders. We are keeping the situation under review.” Sorry, but last time I looked, hedge fund managers were not noted for their altruism.
At the heart of the problem is the relationship between freeholder and leaseholder. Currently a freeholder is responsible for maintaining the building and is free to choose any supplier to undertake the work, even if they are not the most competitive. Current legislation means that if a freeholder sells the freehold it must be offered first to the leaseholders.

While sensible on the face of it, this legislation is regularly side stepped. In a recent example the freehold was held by a limited company. The freeholder simply sold the company and the freehold was transferred with its assets. In another case, a volume home builder sold the freehold to a pension fund before a single property had been built. No leaseholders so no need to abide by the letter of the law.

The solution seems glaringly obvious. Simply abolish the creation of new residential leases where the freehold is not also owned by the leaseholders. So, in a block of ten apartments, each homeowner would own ten percent of the freehold. A contract would allow for a democratic decision making process to appoint a managing agent and to agree on any refurbishment or maintenance.

Putting an end to freehold as a cash cow would also get homeowners out of the outrageous situation where ground rent doubles every ten years and they must pay the freeholder £100 for permission to have a pet. All too often leaseholders are reporting a wall of silence from freeholders as they try to negotiate a sensible outcome.

Surely it is time to put an end to this tyranny and bring the light of democracy into the lives of millions of homeowners? Let homeowners govern their own affairs because, as Winston Churchill said in the House of Commons, “Democracy is the worst form of government, except for all the others.”